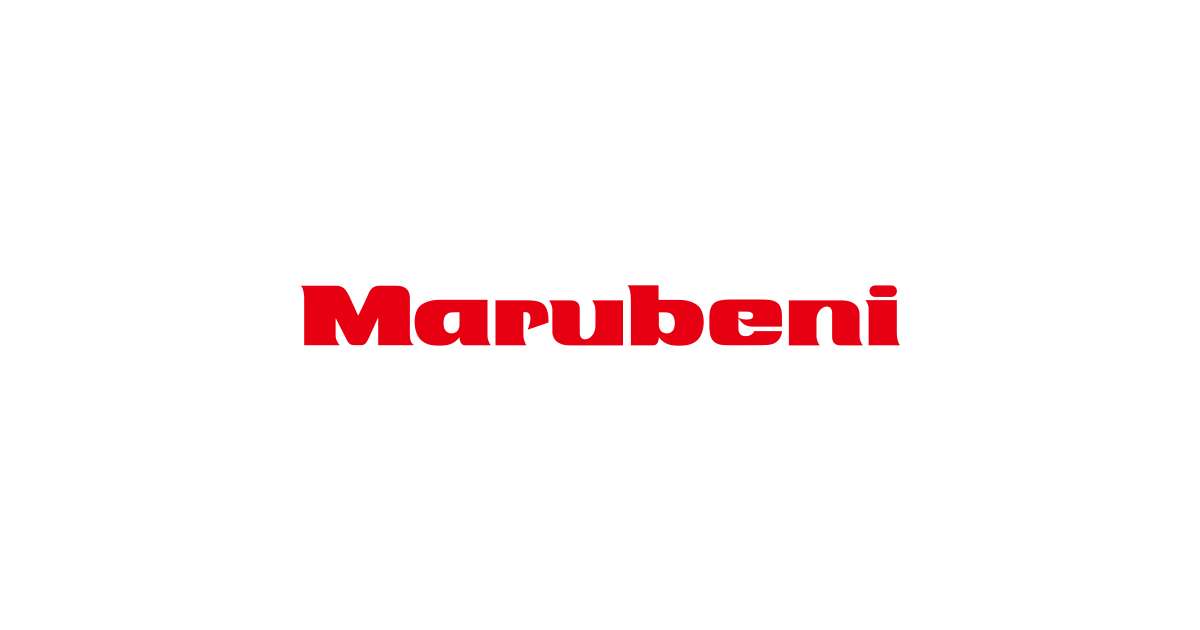 Marubeni official website. This page offers you information about our Water Management.

The earth’s water resources are said to be 97.5% seawater, with only 2.5% fresh water that can be used for farming and drinking. And 99% of that fresh water is contained in ice in places like the Antarctic, so there is very little fresh water available for direct use.
Through its businesses across the world, Marubeni recognizes that developed countries are able to fully enjoy these finite water resources, while other countries do not even have adequate wells, and this regional imbalance is a major problem. Future water shortages are also anticipated, accompanying increases in world population and economic growth in the developing countries. The effective use of water resources is a global issue, and the international society is starting to take actions.

Based on the Marubeni Group Environmental Policy, the Marubeni Group recognizes that energy and resources, including water, are finite, and take measures to ensure their effective and efficient use.
In the Marubeni Group Environmental Policy, we clearly state our commitment to using energy and resources, including water, efficiently. By reducing water usage through promotion of efficient use and recycling of water, and by providing stable supplies of water resources through effective water and sewerage operation and power and desalination projects, we will continue to contribute to the environment and communities and to resolving water-related social issues.

As of March 31, 2021, 41 (20%) of the 202 Marubeni Group companies had established water management plans. (Of the 2,240 operation sites covered by the “Sustainability survey”, 169 operation sites that account for 8%, had established water management plans.) These companies monitor and manage the amount of water withdrawal, waste water, and recycled water, as well as quality and temperature of waste water, and take measures to use water resources effectively and reduce their environmental impact.
Koa Kogyo Co., Ltd., for example, uses water efficiently in production processes, and sets and manages standards for the amount of fresh water used in each department, as part of its efforts to conserve resources.

Since large quantities of water are needed in papermaking operations, Koa Kogyo secures the necessary water from both industrial and well water sources and recycles water in the manufacturing process. In waste water, strict water quality standards are met by using activated sludge tanks to reduce chemical oxygen demand (COD) and biochemical oxygen demand (BOD) and by purifying water.

Another example, The Nisshin OilliO Group, Ltd. has set the target of reducing water consumption (tap water and industrial water) intensity at its four production bases in Japan in the year ending March 31, 2031 by 16% compared to the year ended March 31, 2017, and is implementing reduction measures and progress management to meet that goal.

The Marubeni Group owns and operates four IWPP projects*1 in the arid region Abu Dhabi in the United Arab Emirates. In total, 440 million imperial gallons of desalination water per day are produced by those desalination plants, helping to reduce stress on the region’s water resources.
For example, the Taweelah B power and desalination complex, located 80 kilometers northeast of Abu Dhabi, which we built and operate, has generation capacity of 2,000 megawatts of electricity and 160 million imperial gallons of water per day. To meet increased water demand resulting from economic development and population growth, the Marubeni Group is selling electricity and water for 20-25 years to the state-owned utility, Emirates Water & Electricity Company. Water from the plant is used for tap water (household and commercial), agriculture, industry and other applications, and helps to relieve stress on water resources. (To prevent exacerbation of the region’s water stress, machinery cooling water and other water used in the Marubeni Group’s business operations is produced at the desalination plant.)

IWPP Projects in the United Arab Emirates (as of March 2021)

We are involved in a variety of projects in arid regions and regions with scarce water sources around the world. They include water and sewerage concessions to build-own-operate (BOO) projects, engineering, procurement and construction (EPC) projects, and operation, maintenance, and management for water treatment facilities.
Specifically, the concession businesses and BOO project we operate in Chile, Brazil, the Philippines, Portugal and Peru have a total water purification capacity of 3.7 million cubic meters per day and wastewater treatment capacity of 1.9 million cubic meters per day, and cover a service population totaling approximately 14.3 million people.

One example of the Marubeni Group’s concession businesses is our investment in and personnel dispatch to Maynilad Water Services, Inc. (Maynilad), a water and sewerage company serving the West Zone of Metro Manila in the Philippines, which has a population of 10.2 million people.
Amid the region’s ongoing urban expansion and increased congestion, Maynilad is expanding its water distribution network to increase the coverage of water supply services. In addition, it continues to provide a stable water supply to some 1.5 million households in the concession area by promoting more efficient use of water resources with measures to prevent water pipe leakage and improve water pressure. At the same time, as a medium-to-long-term goal, it is working to raise the currently low percentage of the population connected to the sewage system, to improve the sanitary environment both in normal times and during flooding, and to improve the water quality of the region’s water system and Manila Bay, through development of sewage treatment facilities and the sewerage network in its service area.

Outline of Maynilad's Business (as of March 2021)

Marubeni has participated from the construction stage at the Doha West, Doha North, and Lusail Sewage Treatment Plants, which are the major sewage treatment plants in Doha, the capital of Qatar with approximately 2.7 million people. At the Doha West and Lusail Plants Marubeni had conducted the operation and maintenance for approx. 10 years after the construction. The greywater (treated water made by sterilizing sewage water, for industrial and consumer use) which is generated during the sewage treatment process is delivered daily to roadside vegetation, parks, and farms across Doha through the greywater pipe network. It plays an important role by supporting the social infrastructure in Doha, the land of desert, and Marubeni engaged in a sustainable contribution activity in regions with insufficient water supplies through recycling of the valuable water resources.

The amount of water treated daily at each plant is shown below. 385,000㎥ of greywater was supplied across Doha per day. (as of March 2021)

At Maynilad Water Services, Inc., a Marubeni Group company, the effects of operational shutdown caused by physical damage etc. to the facility due to disasters or extreme weather is quantified.
Specifically, several of Maynilad’s important business locations such as the purification plant, pumping station, and water distribution network are chosen as samples, and the economic impact of operational shutdown is calculated by period, to be used for developing the business continuity plan.

By referring to Aqueduct tool and databases developed by WRI (World Resources Institute), the Marubeni Group identifies regions of which water stress level is “high” or more (“relevant areas”), and through internal reviews such as “Sustainability Data Survey,” we survey the amount of water withdrawal from the relevant areas.
19 operation sites that have been identified by the “Sustainability Data Survey” with aggregated data as of the end of March 2021, operate in the watershed areas of Gulf Coast, Mississippi - Missouri, RÃo Grande - Bravo, RÃo Lerma, Saskatchewan - Nelson, Columbia and Northwestern United States with relatively high water stress. There is a total water withdrawal of 68 thousand ㎥ in these regions, and we are aware that this is equivalent to 0.1% of 81,086 thousand ㎥ (excluding the portion used for hydroelectric power from the water withdrawal for the whole Marubeni Group). (Furthermore, we have confirmed that no operation sites face comprehensively high water risk, such as the amount of physical water resources, pollution by waste water, regulations, or assessment of nearby regions.)

In the year ended March 31, 2018, the Marubeni Group was found to have one violation related to the amount of water discharge in Queensland, Australia, and was fined 12,190 Australian dollars by the Department of Environment and Heritage Protection.
This infraction occurred when water in excess of the permissible amount was released into an adjacent river from a water storage dam on a site related to the Marubeni Group because of record downpours associated with a cyclone.
In addition to constructing a run-off channel and expanding the capacity of the dam, our response included completing changes to environmental approvals and permits related to increasing the amount of water discahrge with the department. The results of a water quality test showed that there was no harm to the environment.
In the period from the fiscal year ended March 31, 2019 to the fiscal year ended March 31, 2021, there were no violations of laws or regulations concerning water withdrawal and water discharge.

Costs for water management in FYE 3/2021 are as folllows:
・Costs associated with water-related risks: 4,018 million yen.
(These include maintenance and repair of water withdrawal and drainage systems and recycling treatment facilities, installation of water-saving equipment, purchase of water discharge treatment chemicals, emergency response training for scenarios assuming the outflow of hazardous substances, and implementation of cleanup activities in the areas surrounding water sources.)
・Investments in R&D to mitigate water-related risks: 2.8 milllion yen.
(These are R&D expenses for water risk aversion to maintain water quality, to ensure water quantity and to investigate the surrounding environment)

CDP* (is an international environmental non-profit organization) analyzes and assesses the collected information, and makes it available to investors. Marubeni has participated in the initiative of CDP since 2007.
Marubeni was selected by CDP as an A-list company in their water security program and certified as a leading company in corporate sustainability. Marubeni also received A- grades in the areas of climate change and forest protection on December 7, 2021. A total of 118 companies were selected out of approximately 3,400 companies that were evaluated, and Marubeni was recognized as a world leader in water security in terms of goal setting, initiatives, and information disclosure.

Repot for CDP-Water Security Program can be found here.

This year's CDP A-List and other published scores can be found here.

CDP (is an international environmental non-profit organization formerly known as the Carbon Disclosure Project)
Founded in the United Kingdom in 2000, CDP has worked with approximately 590 investors representing over US$110 trillion in assets to pioneer environmental disclosure, greenhouse gas emissions reduction, water conservation, and forest protection for companies through capital markets and corporate procurement activities. In 2021, some 14,000 organizations worldwide, including some 13,000 companies representing more than 64% of global market capitalization and 1,100 municipalities, disclosed environmental information through CDP. CDP has the world's largest fully TCFD-compliant environmental database, and CDP scores are widely used to drive investment and procurement decisions to achieve a zero-carbon, sustainable and resilient economy. CDP is a partner in the Investor Agenda and a founding member of the Net Zero Asset Managers Initiative.